Curtis comes to SPVC with 30 years of high school coaching and club volleyball experience. He has dedicated his life to the development of volleyball in the Sacramento region. He has been the head varsity coach at Ponderosa HS where he won his first section title. From there, he served as the head coach of Rio Americano HS, Oakridge HS, Loretto HS and he currently serves as the program director of El Camino High School. In 2001 Curtis received the prestigious Gary Colberg Award for his contributions to youth volleyball. In 2002 he was inducted into the Evening Optimist High School Coaching Hall of Fame. Curtis continues to serve the Sacramento volleyball community and is well respected by all. 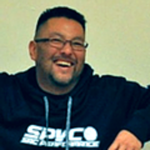 Martin brings a wealth of experience to SPVC and has been involved in the greater Sacramento volleyball community since moving from San Jose, CA in 1991. He's successfully coached at a number of high schools (Encina, Rocklin, Loretto, and El Camino) and his teams have won Section titles in in 1996, 2009, 2011, 2012, and 2014. In 2008, Martin was inducted into the Evening Optimist High School Coaching Hall of Fame and in 2009 and 2012 was named Coach of the Year by the Sacramento Bee. The California Interscholastic Federation (CIF) recently announced Martin as the women's volleyball Section nominee for the NFHS California State Coach of the Year award for the 2019-20 school year.

Mark began his club coaching career in 1994 as founder and Head Coach of the River City Volleyball Club (a club made up of St. Francis HS volleyball players).  In 1996, he helped current Sac State Women’s VB Head Coach Ruben Volta start High Voltage Volleyball Club. At High Voltage, Mark coached and assisted all players and all age levels.  He spent time as the Head Coach of the Jr. Varsity teams at both St Francis HS and Jesuit HS, and was on the coaching staff of the Sac State Men’s Volleyball Team for 4 years (including one year as the Head Coach).  Mark also spent a couple seasons coaching the 5th & 6th grade teams at St Ingatius (the team was the 2013 PAL JV Champ), and has lead multiple SPVC's 12 ADIDAS teams to tournament finals, and a #2 ranking of all 12U teams in the Greater Sacramento Region.

David brings an unparalleled passion and talent for volleyball to SPVC. He started playing his senior year at Galileo High School and earned 2nd team all league honors as an outside hitter. He continued his playing career at CSU Sacramento as Libero and helped the team get to a top 20 national ranking and 3rd place finish in the NCCVL. David continues leading successful teams at SPVC and has established a great reputation for the club with his enthusiasm, big smile and hops, and winning teams. We continue to hear each year how much his players appreciate his coaching. David also assists on Eugene 16's.

With over 25 years of coaching and playing experience, Kalani has the knowledge, proven coaching technique and commitment to work with players to ensure the proper implementation and development of athletes. His volleyball coaching philosophy has helped hundreds of student-athletes develop volleyball and life skills.  He takes pride in watching players grow their love and passion for the game. Many continue to play in college, and several have begun coaching their own teams. Kalani’s philosophy is based around John Wooden’s Pyramid of Success, creating good athletes and developing great people. 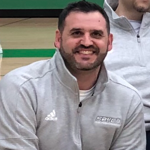 Paul's 10+ year coaching career began in 2008 with the El Camino High School men's varsity volleyball team. In 2014, he began assisting the El Camino women's volleyball program learning from award winning coaches Martin Soyama, Dave Coad, and Kat Sullivan-Torrez and later that year the team won a Section Championship and made a deep run into State playoffs. Since then, the team has made the Section playoffs each year including another push into State playoffs in 2016. In 2018 and 2019, Paul coached the El Camino men's varsity volleyball program with Trevor Meyer to back-to-back Section Finals and NorCal playoffs.

Paul began coaching with SPVC after his daughter, Gianna (L/DS), joined the SPVC family in 2014. Gianna now plays for Humboldt State University, but Paul continues to coach and share his philosophy to "build or reinforce confidence and skills in players, so they can perform beyond their own expectations in challenging situations".